Kathmandu Living Labs is a small nonprofit that needs to get bigger in a hurry.

The data-driven team has been leading efforts to “crisis map” Nepal over the past six weeks, using online tools to work out which neighborhoods are in need of medical help and supplies following April’s devastating earthquake.

The largely rural country is still coming to terms with the 7.8 magnitude earthquake which took more than 8,000 lives. And government and international charities have faced a major challenge in their relief efforts: a lack of reliable information on where help is needed.

Thankfully, the Kathmandu Living Lab (KLL) has produced the Quakemap.org site, allowing people in the field to report in real time exactly what is needed and where. In their makeshift situation room, staff and volunteers continue to process hundreds of reports coming in from towns and villages across Nepal. 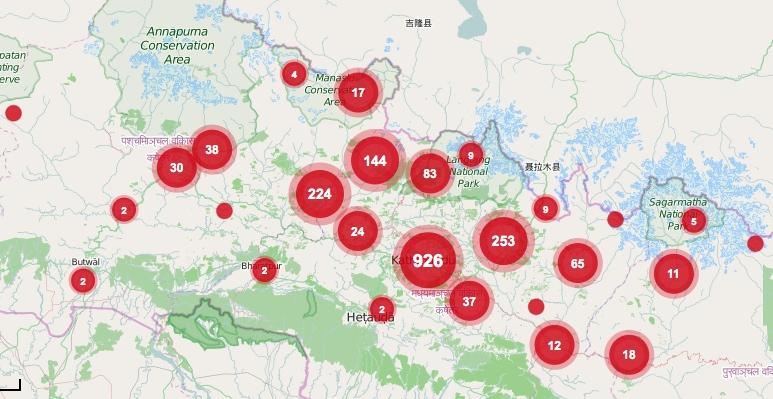 Reports highlight what supplies or help are needed and where (Photo: KLL)

Back in 2010, KLL executive director Nama Budhathoki was doing a PhD in open data and mobile media at the University of Illinois when the Haiti earthquake hit.
He realized his own country, Nepal, which sits in a zone vulnerable to earthquakes, should be better mapped in preparation for the next crisis. And so at the end of 2013 he and a team of volunteers started mapping Nepal using open data software called OpenStreetMap.
Within 24 hours of the initial earthquake on April 25, the ongoing mapping exercise became an emergency tool.
And although executive director Nama Budhathoki says his is “a small organization not designed to cope with a crisis of this scale,” the evolving digital maps have been extremely useful to NGOs, local government and even the Nepalese Army in the past six weeks.

Sadly, the building the KLL team has been working from suffered structural damage in the initial earthquake. Some of the 36 staff members and volunteers have been forced to work outside. It’s why the KLL is now trying to crowdfund $50,000 to pay for more people, more equipment and relocation costs.

“A map provides a better mirror of reality,” said Budhathoki. “All the funding will be used to better map and bridge the information gap in Nepal’s relief and rebuilding.” 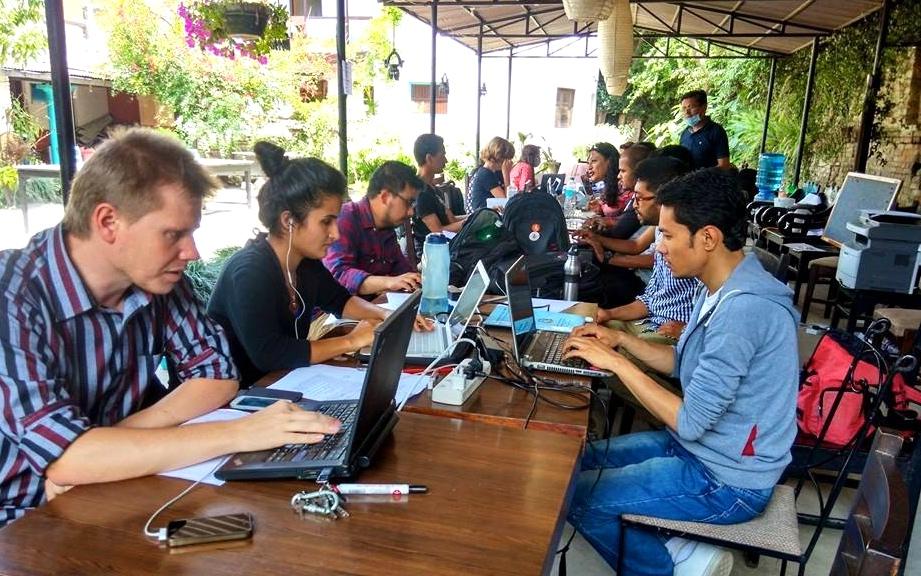 Some members of the Kathmandu Living Labs team continue to work outside (photo: KLL).

“The reconstruction process will take quite a bit of time – certainly a few years and perhaps up to a decade,” he added. “It will be crucial to track this process and give people a visibility into what is happening on the ground.”

Budhathoki is quick to hail the power of the crowd. Vital information has been sourced from thousands of ordinary Nepalese people, and assistance has also come from almost 5,000 remote contributors using OpenStreetMap around the world.

“The process of engaging citizens to map their own communities is equally a part of our work,”Budhathoki explained. “We firmly believe in the power of the collective.”

For more on the KLL crowdfunding campaign, click here.